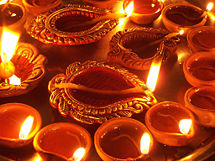 What was the whole idea of building rituals? If I may; some 2000 years back (I know that we have the history which is much older that we carry, but name sake let’s consider 2000 years). Human race being not that disciplined (though not much has changed today as well) were to be disciplined so that we stand out of the animal race which we did. How do you discipline then? Who will the people fear and make them stick to the course? Well that is when the rituals were formed to discipline one (or apocalypse would take over, by the evil of course; lol). Ok done; but there are many ways to eat food, right! (Spoon, hands etc.) So to avoid conflict and use of different ways; the rituals and ‘how’ should they be carried out were jotted down (some piece of work huh!).
I hope we are still on the same page and the acoustic is not being obstructed. The society was fragmented; obviously communication was not a click away and easy. Law & order was an issue, as it is being said ‘that justice delayed is justice denied’ transportations were not with fuel and jet engines beneath their seats (basically there were no aeroplanes). Then how would people do the right thing within the frame work of the society? To deal with such cull issues rituals were born. Now when things are in law & order how would people come together, why would they meet and greet each other? What is that that would make them a society? The festivals were the answer.
As with years evolution or phylogenies or whatever took place.  Human being is a greedy animal and lazy too (you doubt this, check out all the inventions just to reduce human effort and work, think through pressing the pedal of the accelerator takes you miles! What effort did it take?) Human being has created everything to suit ones convenience and ease. Rituals are no different where it is too much just cut it short to suit the time frame. For example why is diwali celebrated? And the actual essence for which it was instigated is long forgotten; now it is becoming more of a fad or bursting crackers and if nothing else but pollution! #$# !
The ‘oil dia’ (lamp) is to be lit, the idea behind lighting the oil lamp is something completely different, but today it is more of fancy lights that are convenient and effortless. Can you light an electric bulb with another electric bulb, but you can surely light oil lamp with the one lit. The idea is to spread knowledge and warmth to others, do we know? Why do we do what we do? With the ages people have only forgotten to ask; consequently rituals deteriorated, without the proper foundation built which is resulting in a fragile building. The complexity and ignorance added with arrogance has built up a state wherein people ask questions like ‘are the festivals good or bad? Or are they necessary? Or oh good one more holiday!’
The relevance is to be understood before we bedevil our age old culture. Rituals should not hamper the culture that has been inculcated, incorporated and have sustained the test of time and time again. I am not saying to blindly accept it as well, but before taking a decision can we try to understand the essence; the cause of existence; the authenticity; the reason; etc. think about it. Take what is relevant to you, that suits your taste and lifestyle, trust me there much more than that works and is relevant still today! I will tell you why me even saying to find out, how many of us have felt lost, lost track, failed to reason of doing what we doing! Or just why should we do what we are doing (festivals, rituals)?
We have no time, but completely free; we have no time to talk, but bbm (what’s app or whatever) is always on, we have no friends, but tons of acquaintances to fill a hall. The sense of direction, the cause to join together as a society is to be brought to surface. Rest I may have repeated it in previous blogs but I would like to bring it to notice again ‘Teri barbadiyon ki mushwaren hai aasmano mein, na badloge toh mit jaoge ae Hindustan walo teri dastan bhi na hogi dastano mein’. Fear will not led people to come together but trust, mutual respect and motivation would.
Posted by Aniket Jha at 4:59 PM