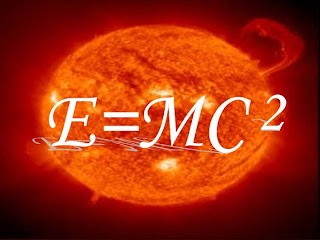 “Albert Einstein” that is the first thing that came into your head, well yes he proposed this formula for energy and mass, well the interesting part is that he was not the one who started the study of it, but surely, the one to come up with a formula. So why are we discussing E=mc2? Well this time the thing we are talking about is energy within!!! surprised well I could not help now a days people only believe what they see, what makes sense, which has logic behind it. The amazing fact is people only see what they wana see. I hope you would agree to that. If there is something conceived through visceral incidents. It cannot be! Oh! I am not sure, let that be as it is. To this extent our formal education has induced in us, the power of proof.
The issue is not this. There was a time, the earth was flat that was the truth. Today the earth is oval in shape is the truth, has earth really changed it’s shape? Anything more than the density of air could not fly was the truth. Aero planes are surely heavy than that, is the truth. Did air actually became that heavy? Obviously the answer is that truth remains, what changes it the perception. Coming back to the E=mc2 E is for energy, M is for mass and C is for the speed of light in vacuum*, so far so good? Good to know that, well this formula does not give us the origin of the energy. So came the statement “Energy cannot be created nor destroyed and energy in all forms has mass”*. Similarly “Mass cannot be created nor destroyed and in all forms has energy”*.
Oh my god that is like we cannot create energy, but we have it, we are walking, talking moving about, dancing, understanding. We have energy cause without that nothing can be moved right! You here with me till now. Ok the energy is coming from the sun, to the plants, to our kitchens into out stomach and we dance about. Something more before we hit the road “If either mass or energy disappears from a system it will always be found that both have simply moved to another place”*. Ok one more thing surely the last we shall again summarize it later. “Whenever any type of energy is removed from a system the mass associated with energy is also removed, and the system therefore losses mass”*. This is called mass defect. Simply to put in words. When we drive all the fuel is not combusted an amount turns into heat, deposits in the form of carbon, etc. This amount of fuel can be called as mass defect. The wastage during the transformation from one form to another.
What this all leads to? Well first, the energy is constant, it is just that over a period of years like millions of years, we have just come to know, how to convert it from one form into another. Agree. The total amount of energy is an unknown figure. So we basically all have energies. Ok then let’s move forward, the same nuclear energy is used to make the electricity and if I not wrong the same is used to make annihilation bombs? What are we doing about it? Have we just let the engine on in our lives to burn out the fuel, or are we actually driving every new city to see the wonders available in this world, waiting for us only to be appreciated? If the former is yes, why you doing that? If the later is yes, you know the world and pain is all plan and part of the game. There are problems, what we need to do it, let’s not multiply them. Just because roses are beautiful, they would not start growing up without thorns.
Let us together try to look at the pros and not only the cons. The energy is wasted to a non useable form even when you fight, also when you start working on the solutions. The energy is also utilized to make somebody drown and also to give a hand and help the person to stand on the feet. The energy is also required to break up relations and also to live up to them. We are using it all the time, it is ubiquitous, Why not use it as palliatives rather than creating sarcophagus? I remember a very beautiful line I had read in The Alchemist “When you really want something from the bottom of your heart, the whole world would conspire to make it happen” So be sure what you want, cause that is what going to come to us. We are energy, let it flow in the direction to reach to glory than the direction to reach destruction. The day we want to we will start living in a better place. Not because it is somewhere else, the power within us would make it happen here itself.
* source www.wikipedia.org
Posted by Aniket Jha at 1:56 PM