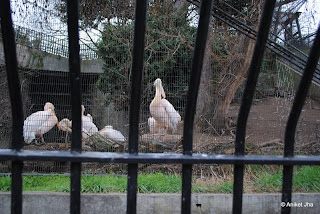 Arguing, debating and playing with words and tones to present the same information in best suitable way to suit ones say / motive / stand that one takes; irrelevant to the cause / issues for which they were said on the first place. Welcome people to the la la land of the custodians of our so called democracy. Brilliant defenders of democracy saying nice suited words about democracy as ‘democracy is the government of the people, by the people, for the people’ well said; do you who had said this? Abraham Lincoln. I hear the same gloomy speeches / promise again nothing new about it; what next? There is another saying to be brought to notice ‘Elections belong to the people. It is their decision. If they decide to turn their back on the fire and burn their behinds, then they will just have to sit on their blisters’ Guess who said it! You are right Abraham Lincoln again. Think just don’t flow with the flow; some food for thought!
Starting with the key issues for which the so called ‘civil society’ has come into play a) demolition of corruption in India and the second movement b) Indian black money primarily in Swiss bank. The agenda for getting rid of corruption looks primarily organised, well written in Black n White and foreseeable with conclusive system to work, in accordance with the motive. The second key issue recovering back the black money which amounts to more than $1.4 trillion mind it dollars not rupees,(That makes every Indian at least a millionaire Yipeee, population of India 1.2 Billion) without a clear agenda; it seems more or less like I want to go the moon, yeah sounds great but how? The eternal silence with subjective answers not objective solutions to the cause(also you don’t get interest for putting amount in the Swizz bank you get deducted by 1%  so basically 1.4 Trillion 2010 is – 1% for 2011). These issues are no longer the India against corruption movement and bringing in the black money back in India. It has become the Anna Hazare movement and the Ram Dev Baba movement respectively. Is the idea to form a system on which people can depend or returning to square one where people on which systems are going to depend?
I am no historian but depending on people has not really worked for us has it? The discretion being made that India against corruption movement is for Urban and getting the black money back is for rural population of India, who says that? Well because the people leading it, and representing the different parts of society i.e. we are forgetting the issue but retaining to the fact because of the people who are leading it again. Hello, wake up isn’t it the first problem why are we supporting the civil society? Am I really bothered about who said what half a century ago? Honestly ‘shit no’ I am here today those words were said by the ideals for the ideals not for wolves in cashing every meat in and around the jungle.
These so called debates are good putting forward the contrasting couple to face the music with live audience. It all starts good till the time somebody gets defensive and then OMG the long forgotten history is revealed, people are hunted to their graves and brought to life relation to the matter utterly unrelated to the key issues and then .......let’s not talk about it. I have once basic question to ask a) are we discriminating again urban, rural; ruling party opposition party have we forgotten the divide and rule ‘funda’ let enlighten strike you now. These so called leaders or the custodians of democracy just start playing blame and shame game again and again; even I am tired of typing it but yet again. Is the media overdoing it the multibillion question? Well media is actually just projecting the new ones nothing new anymore even in that, cash for votes, Common wealth games, 2G, the list is on....it is helping with the pile of list! Very good I am aware but what happened to the previous ones, gone with the wind? No conclusions no results, wait for the next one. Nothing wrong with that; but there can be something more right.
Laws are made for the ideal sitting legislative committee or the role of governance in the society at large for the smooth working on a system? Number of laws enacted specially recently with no utter relevance a) to the public b) practicality of laws (out of question) c) surely relevant to increase corruption. One thing that strikes back is; are these, the custodians of democracy of modern India? Well let me put it across to you this way the growth, the technology, the innovations is of the people who made it possible, by the people who worked hard to enrich the society at large and for the people who did not discriminate like your elections agenda pamphlets; to earn votes. Stop it anyways we aren’t interested in it anymore. There are issues let’s try to work out solutions then creating insoluble solvents.
http://aniketjha.blogspot.com
http://aniketjha.wordpress.com
Posted by Aniket Jha at 6:58 PM